Rundown of the physics engine available in DeepAR

DeepAR 3.0 introduces physics components that allow you to build simple physics simulations. This functionality is still in beta and some bugs might be present. We recommend you save your effects frequently.

The new physics components, as well as debug options, can be found in the Physics menu item of the menu bar.

Controls the child and descendant physics objects. This component must be added to an ancestor node in order for the simulation to run.

NOTE: Physics objects that are assigned to different physics worlds will NOT interact with each other.

Adding any Physics body component to a game object will put its motion under the control of the ancestor Physics world.

Physics body components differ in the shape of their colliders.

The default colliders have fixed rotation values - if added to the object itself, they inherit the position, but not the other properties.

A physics body with a box collider. 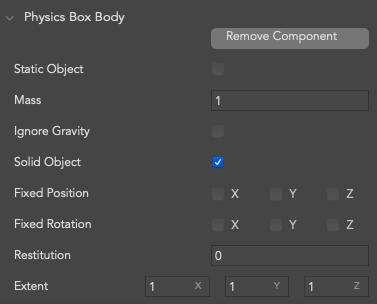 A physics body with a sphere collider. 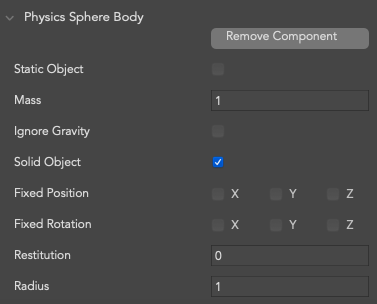 A physics body with a capsule collider. 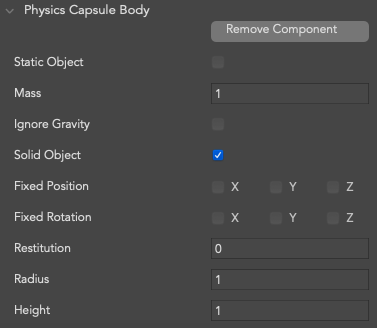 Logical building block components which will allow you to create a constraint link between the current game object and the parent game object, both of which must have a physics body component. 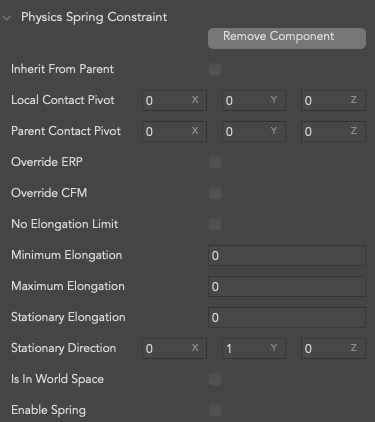 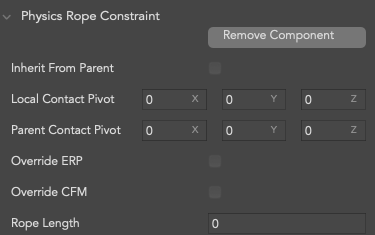 Allows a constant directional force to be added to a Physics body. 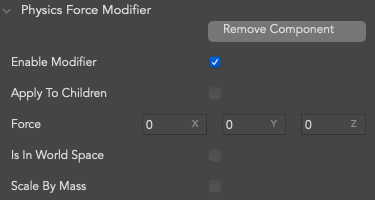 Options for debugging and setting up physics. 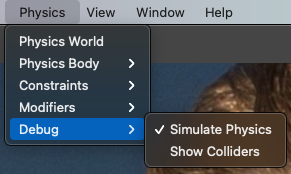 If disabled physics will not be simulated, useful for setting up a scene, especially if there are multiple physics world components in the scene.

Shows the wireframe colliders of physics body objects as well as the pivot points of the constraint objects.