V
Written by Vladimir Mijatović
Updated over a week ago

Animation-like effects can be achieved with only shaders by using a time parameter. This example shows one such effect 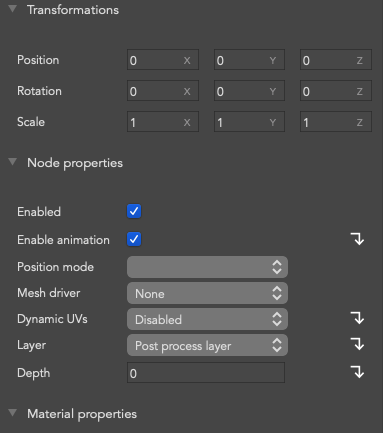 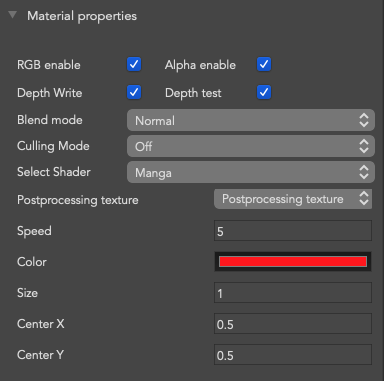 At this time the effect will be visible but not animated. This is because the u_currentTime uniform of the shader has not been set from the engine.

To set and update the u_currentTime uniform and achieve the animated look select the Quad and add Shader Time through Add Component in the menu bar.

Now you should have the moving lines on the screen, you can further customize the effect by selecting Quad and changing the value of the uniforms (Speed, Color, Size, Center X and Center Y) under Material properties. 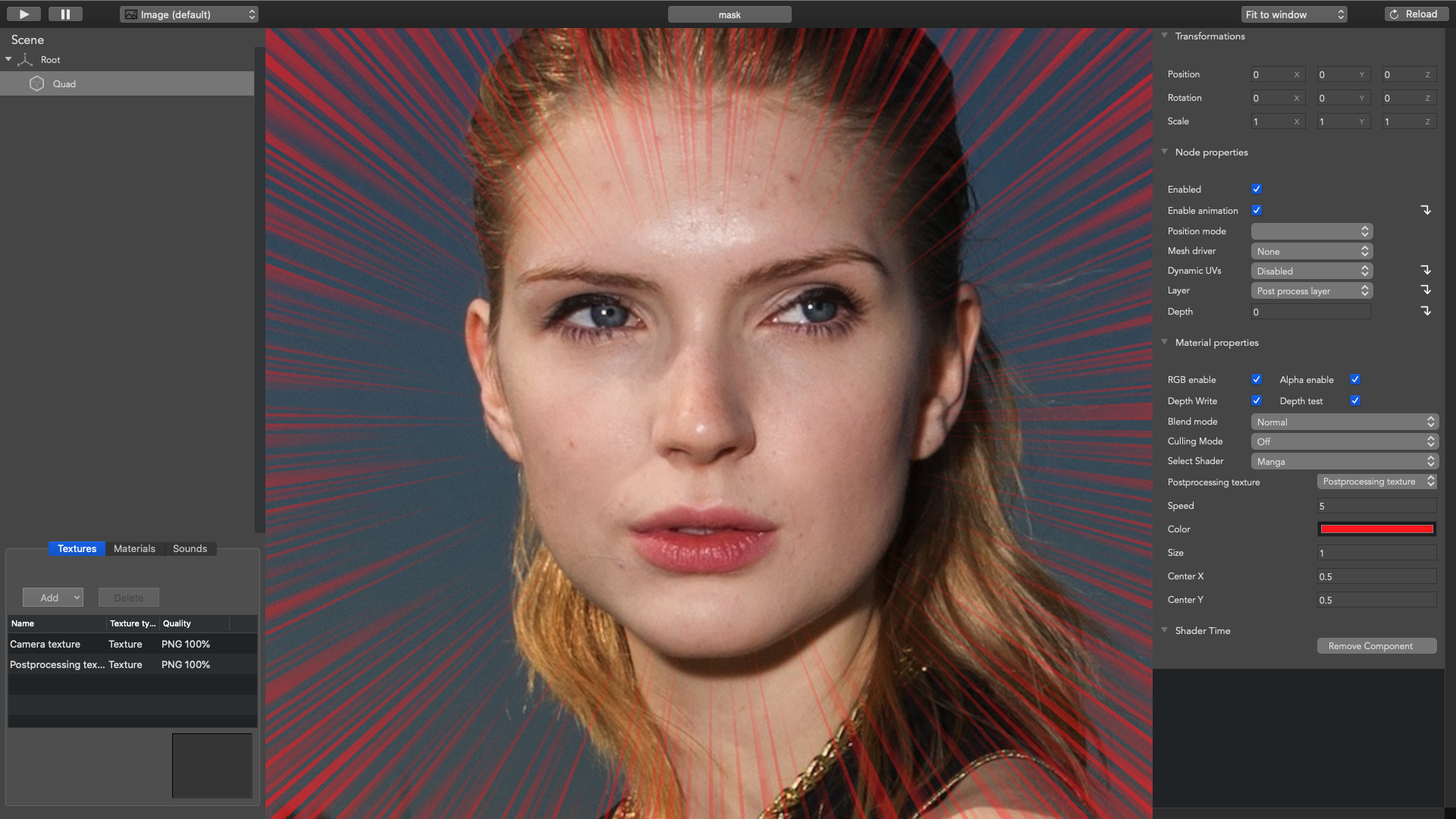